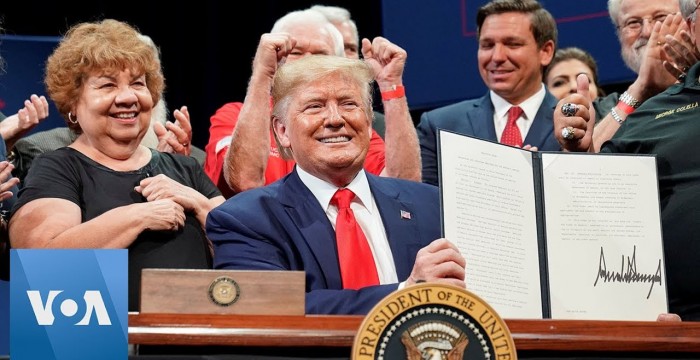 U.S. President Donald Trump signs an executive order on Medicare, Thursday, October 3, which he says is "under siege" during a speech delivered at The Villages in Florida.
Donald Trump is openly urging foreign governments to investigate his political foes — doubling down on an action that is already the subject of an impeachment inquiry.
Answering questions Thursday morning from reporters on the White House South Lawn, Trump was asked what favor exactly he desired from Ukrainian President Volodmyr Zelenskiy during a July 25 telephone call that sparked a whistleblower complaint.
“I would recommend that they start an investigation into the Bidens,” said the president.