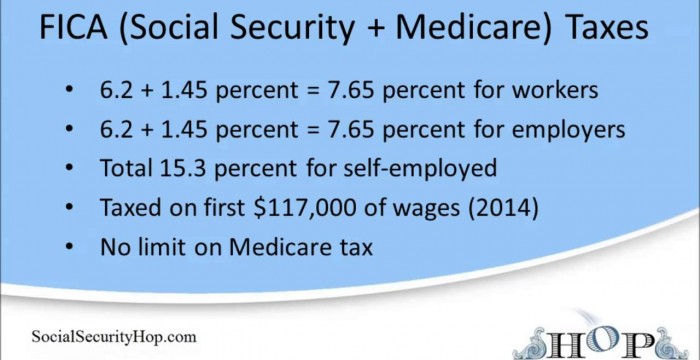 Social Security taxes, known as payroll or FICA taxes, increased from less than 6 percent in 1976 to 7.65 percent in 1990. This rate is levied on both employees and employers so the total FICA tax is now over 15 percent of your salary.

By the way FICA stands for Federal Insurance Contributions Act. But make no mistake. These are taxes, not contributions.

If you decide not to contribute this year, you'll be getting a telephone call. The IRS almost ruthlessly pursues those who don't pay their payroll taxes.

FICA taxes are also hard to avoid. There are no exemption levels as there are with income taxes. You pay FICA taxes on your first dollar of wages. Although you can defer income taxes via retirement accounts, you can't avoid paying FICA taxes, so FICA taxes hit low-income people especially hard.