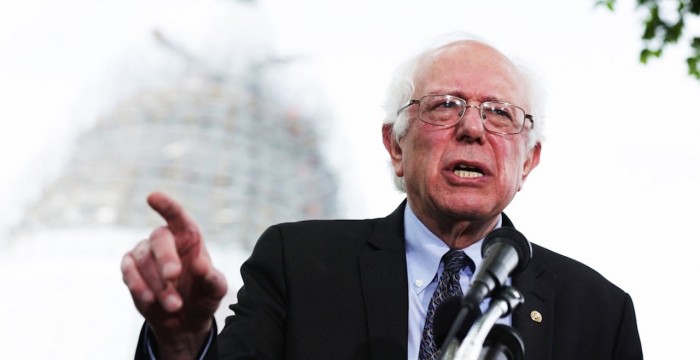 Medicare for all is incredibly popular with the American people. Cenk Uygur, host of The Young Turks, breaks it down. Tell us what you think in the comment section below.

"It's long been a policy dream of many liberals, but Democrats who live in states and districts that were carried in 2016 by Trump are certain to be sensitive to the political risks of supporting what Republicans call socialized medicine.

The Progressive Change Campaign Committee, which calls itself the "Elizabeth Warren wing" of the party, circulated a petition starting March 28 seeking support for Sanders' proposal, stating that all Democrats on the ballot in 2018 "should publicly support and run on" passing the plan.

The failure of Trump and House Speaker Paul Ryan to shepherd the GOP plan through the House is one reason liberals are mounting a new Medicare-for-all push.

Another: President Barack Obama — whose name is permanently attached to the Affordable Care Act — has left the political stage. That means Democrats don't need to hold back their critiques.”*

Don't Let Establishment Tell You Medicare For All Is Crazy