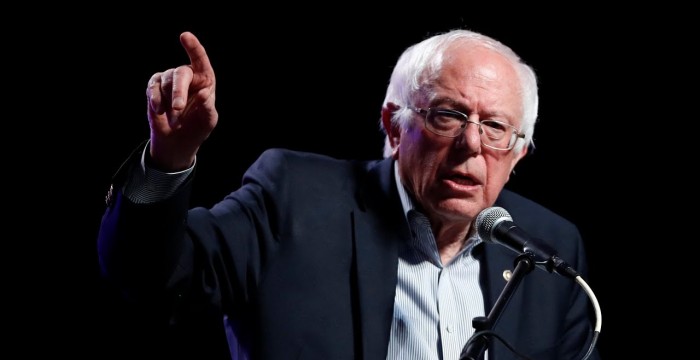 Sanders: I'm 'absolutely' introducing single-payer healthcare bill. Sen. Bernie Sanders (I-Vt.) said Sunday that he will “absolutely” introduce legislation on single-payer healthcare now that the Senate GOP’s bill to repeal ObamaCare has failed.
“Of course we are, we’re tweaking the final points of the bill and we’re figuring out how we can mount a national campaign to bring people together,” Sanders told Jake Tapper on CNN’s State of the Union. Sanders promised to introduce a “Medicare for All” proposal once the debate over repealing ObamaCare ended. He is one of several progressive lawmakers who back the healthcare model that has divided Democratic lawmakers. It’s unclear exactly when he will introduce the legislation. The Senate has two weeks remaining in sessions. Sen. Steve Daines (R-Mont.) attached an amendment to one version of the ObamaCare repeal bill Wednesday that would have created a single-payer healthcare system in the U.S. Daines does not support a single-payer system but used the model as a political maneuver. Sanders’s spokesman slammed the amendment as a “sham” at the time and said Sanders and other Democrats would refuse to vote on the measure.
—
Connect With The Host!

– LISTEN TO THE PROGRESSIVE VOICE PODCAST ON ITUNES

– LISTEN TO THE PROGRESSIVE VOICE PODCAST ON SPREAKER