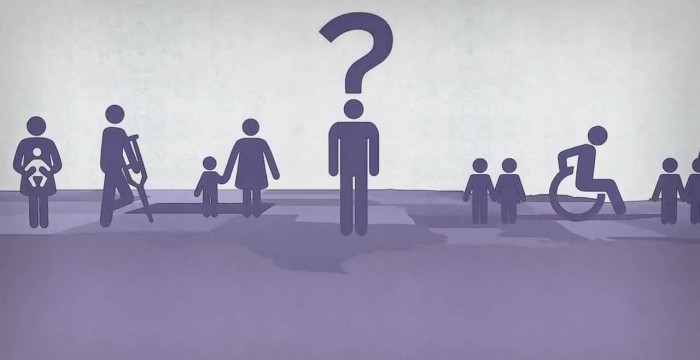 Today, there are more than 60 million Americans enrolled in Medicaid—but what is Medicaid and how is it financed? This video explains how Medicaid is funded and how it will change under the Patient Protection and Affordable Care Act (PPACA).

Medicaid is a U.S. healthcare program that finances the care of low-income and certain high-risk populations, including low-income children and families, people with developmental or physical disabilities, low-income nursing home residents, and others. Unlike Medicare—which is a federally funded and administered health insurance program available to everyone over 65, regardless of income—Medicaid is a need-based program funded jointly by the federal and state governments and administered at the state level.

In 2009, Medicaid financed the care for nearly 20% of all Americans, making it the largest source of medical coverage for the country's low-income population. In the coming years, under the Patient Protection and Affordable Care Act, Medicaid will expand to cover a much larger proportion of the population in certain states.

And yet, despite the growing importance of Medicaid, most Americans do not understand how it is funded.

Medicaid begins with a mix of federal and state funding. The federal government makes annual Medicaid payments to states based on their Federal Medical Assistance Percentages, or FMAPs. Each state's FMAP—which is determined by a formula that looks at state per capita income relative to the US average—is set somewhere between 50 and 83%. This means the federal government pays between 50 and 83 cents of every Medicaid dollar, leaving the state to pay the difference.

While the proportion of federal and state dollars is set each year, the total amount is unlimited, unless the state and federal government have agreed to special financing terms under a waiver of the Medicaid rules. These funds can be further supplemented through a number of different federal grants. A state may use alternative sources of income—such as tobacco or provider taxes—to fund its Medicaid program.

This accumulated pool of healthcare money helps to fund the populations in a given state. If people have other sources of healthcare funding—such as Medicare or employer-sponsored insurance—those parties may have to provide funding before Medicaid, since Medicaid is a "payer of last resort."

While the federal government has mandated legal minimums for Medicaid—including minimum access to care, eligibility requirements, and medical service requirements—there remains great flexibility from one state to another in how programs are administered. One of the ways states utilize this flexibility is through waivers, which allow for expanded services and enrollment and in some cases allow innovative solutions.
Each state establishes the reimbursement rate that will be paid to hospitals, physicians, pharmacies and other healthcare providers. Medicaid reimbursement rates are typically lower than those paid by Medicare and commercial health insurance carriers.

While most Medicaid payments are made to providers based on the services performed, other financing components sometimes complicate the picture. These may include special payments to providers that provide care to a high number of low income populations, rebates paid from the pharmaceutical companies to state and federal government, or "clawback" payments made by the states to the federal government to offset the cost of prescription drug coverage offered under Medicare Part D.

Adding another layer of complexity, the Patient Protection and Affordable Care Act will expand Medicaid to a larger percentage of those who are currently uninsured, as well as to other low-income individuals. The Medicaid expansion population will be paid at 100% by the federal government for calendar years 2014 through 2016. However, this federal contribution decreases over time, with the federal government paying 90% and the States paying 10% beginning in calendar year 2020.

In addition to expanding Medicaid coverage to new populations, new financial requirements for both state and federal governments will add to an already complex system that is projected to grow to more than $900 billion by 2020.

To learn more about Medicaid and other important healthcare topics, visit milliman.com/HCR.