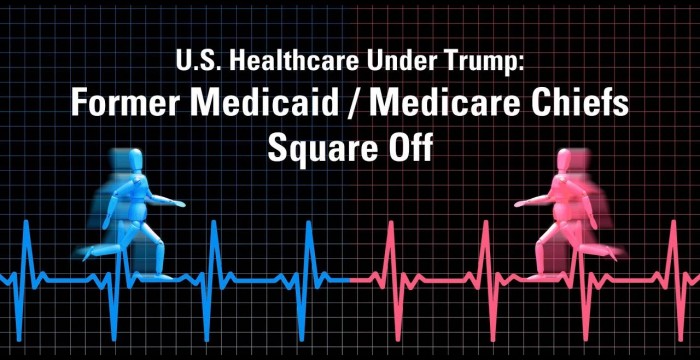 Where is health care in the U.S. headed under the Trump administration? What do recent changes mean, and how will they affect consumers? Where should we be heading and why?

Now that the American Health Care Act (AHCA) has passed in the House, health care reform remains a hotter topic than ever. House Speaker Paul Ryan (R-WI) has proposed turning Medicare into a voucher program and funding Medicaid through block grants to states. Congress continues to discuss eliminating the individual mandate and providing more flexibility in terms of which benefits insurers must offer. Conservatives claim these changes would provide greater choice to consumers and more value to the federal budget, while progressives argue that these changes would reduce access to care and worsen health outcomes.

We’ll hear from two former senior officials on the ongoing efforts to repeal or repair the Affordable Care Act (ACA). Andy Slavitt recently stepped down as acting administrator for the Center for Medicare and Medicaid Services under President Barack Obama. Gail Wilensky held the same post under President George H.W. Bush. Both experts continue to speak out from differing perspectives on Medicare and Medicaid as well as broader reform issues. Join us for a spirited discussion on the problems and prospects of U.S. health care.