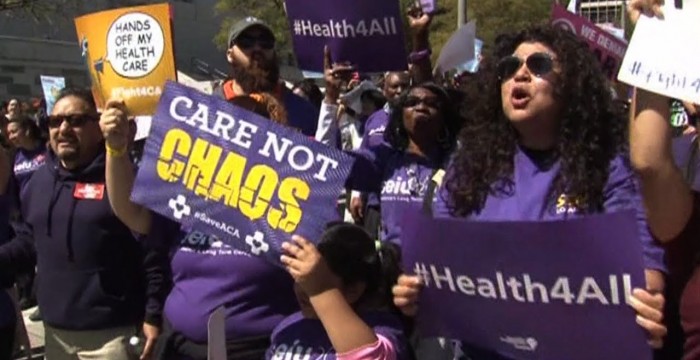 – Health experts say, given the shortcomings of both the Affordable Care Act and Republican proposals, now is the time to move forward with a simple Medicare-for-all system, known as single payer. In 2015, even Donald Trump appeared to come out in favor of a form of single-payer health insurance. About 20,000 U.S. physicians now support single-payer healthcare, and National Nurses United, the biggest nursing union in the country, is also pushing for the program that would guarantee universal coverage. We speak with Dr. Steffie Woolhandler, a key advocate for Medicare for all.

Democracy Now! is an independent global news hour that airs weekdays on nearly 1,400 TV and radio stations Monday through Friday. Watch our livestream 8-9AM ET: