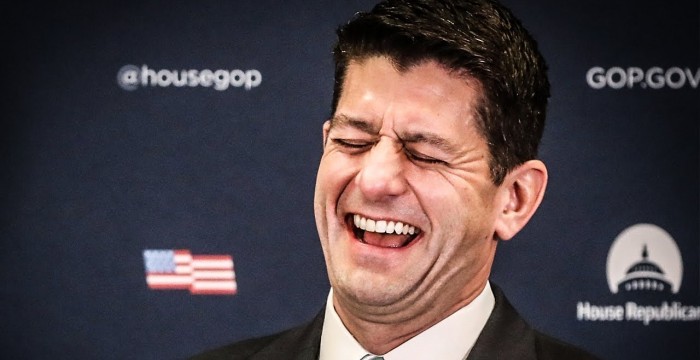 Help us cover the political revolution:

"House Speaker Paul Ryan (R-Wis.) on Wednesday said House Republicans will aim to cut spending on Medicare, Medicaid and welfare programs next year as a way to trim the federal deficit.

“We’re going to have to get back next year at entitlement reform, which is how you tackle the debt and the deficit,” Ryan said during an interview on Ross Kaminsky's talk radio show.

Ryan said he’s been speaking privately with President Trump, who is beginning to warm to the idea of slowing the spending growth in entitlements.

During his campaign, Trump repeatedly promised not to cut Medicare, Medicaid or Social Security.

“I think the president is understanding choice and competition works everywhere, especially in Medicare,” Ryan said."