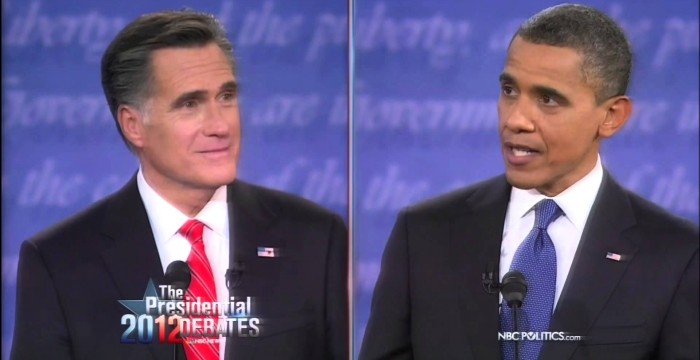 It can't help being noticed how many times Romney mentions that Obama is cutting MediCare by $716 billion and how he repeatedly makes it clear that any current or near retiree will not be affected by his own plan – a sign that he will be relying on the vote of the older population and does not want to scare them. Obama's cut to MediCare is being used to support ObamaCare. Obama wants to address the issue in more detail but is told to hold off until later.