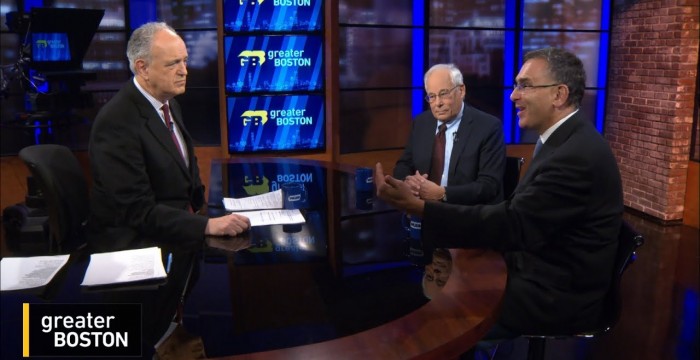 Although it’s been proposed for years by some health care reform advocates, Medicare For All is gaining new steam as the race for 2020 heats up. While various Democrats are currently introducing different versions of the idea, the central idea remains: a new, single-payer health care system with a wide range of coverage and zero out-of-pocket costs except for prescription drugs, and different forms of taxpayer funding replacing premiums. Is such an ambitious overhaul feasible, either technically or politically? To discuss, Jim Braude was joined by Dr. Don Berwick, former head of Medicare and Medicaid under President Obama; and Jonathan Gruber, one of the architects of the Affordable Care Act and Romney-Care.

Medicare For All: What’s It Mean, And Is It Possible?

27 thoughts on “Medicare For All: What’s It Mean, And Is It Possible?”