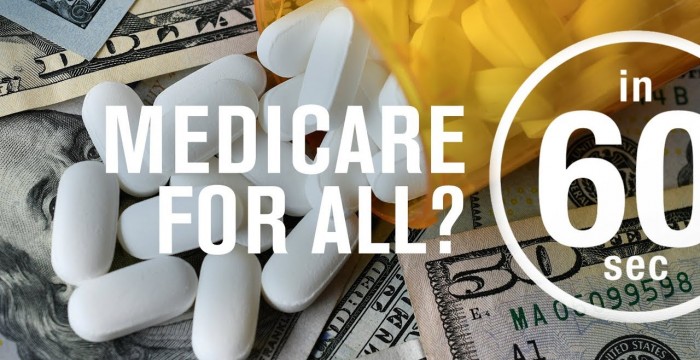 ARTICLE – The magical thinking of Medicare for all

The use of third-party photos, graphics, video clips, and/or music in this video does not constitute an endorsement from the artists and producers licensing those materials.

AEI operates independently of any political party and does not take institutional positions on any issues. AEI scholars, fellows, and their guests frequently take positions on policy and other issues. When they do, they speak for themselves and not for AEI or its trustees or other scholars or employees.

More information on AEI research integrity can be found here:

Medicare for all doesn't make sense | IN 60 SECONDS