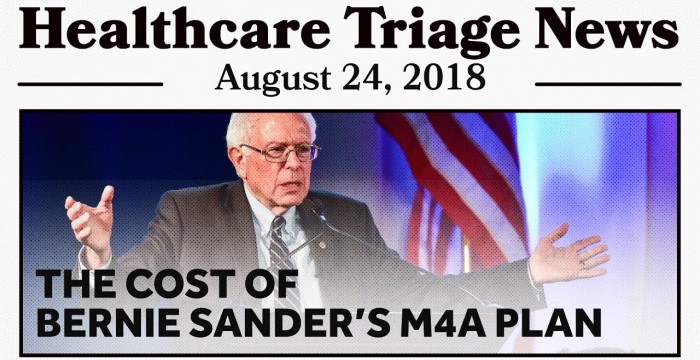 A recent study said that single payer Medicare for everybody would cost the government A LOT of money. But it would also $2 TRILLION less than the way we do things now.
***

Aaron has a book out now! It’s called The Bad Food Bible: How and Why to Eat Sinfully. You can order a copy now!!!

1) You can support Healthcare Triage on Patreon: Every little bit helps make the show better!
2) Check out our Facebook page:
3) We still have merchandise available at

Medicare for All Could Save the US $2 Trillion