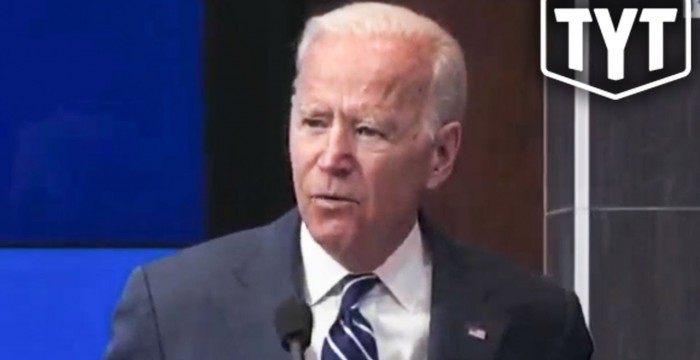 Joe Biden is spewing Republican propaganda. Cenk Uygur and Ana Kasparian, hosts of The Young Turks, break it down. JOIN THE HOME OF PROGRESSIVES: