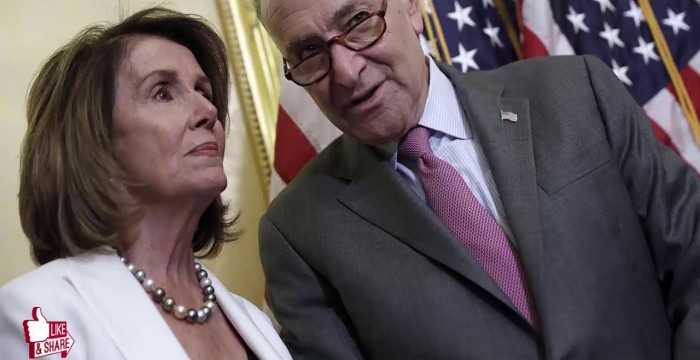 Democrats Introduce New Medicare Plan, Promising More Damage Than Obama Ever Did
Source:
While it may be hard to imagine a Democrat policy that’s more ripe with problems and inefficiencies than Obamacare, the reality is that it could be much worse.

If Democrats get their way, that is.

As the Left sees it, the money tree that exists thanks to the nation’s taxpayers still has a lot more fruit that’s ripe for the picking. Unsurprisingly, they keep finding creative ways to attempt to pilfer the tree until its completely barren.

Washington Examiner shares the latest example of that.

The progressive think tank Center for American Progress released the plan that would make Medicare available to everyone but also seeks to preserve employer coverage.

“The Affordable Care Act was a historic accomplishment and a giant step toward universal health coverage,” said Neera Tanden, president and CEO of the think tank in a statement.

“The sustained political fight over the law shows that Americans want to expand coverage, not repeal it. Medicare Extra would take the next step by guaranteeing the right of all Americans to enroll in the same high-quality health care plan.”

Healthcare for all? Well, that sounds like the greatest thing since sliced bread – and an awfully familiar idea that continually fizzles out when it comes to small details like who is going to pay for it and whatnot.