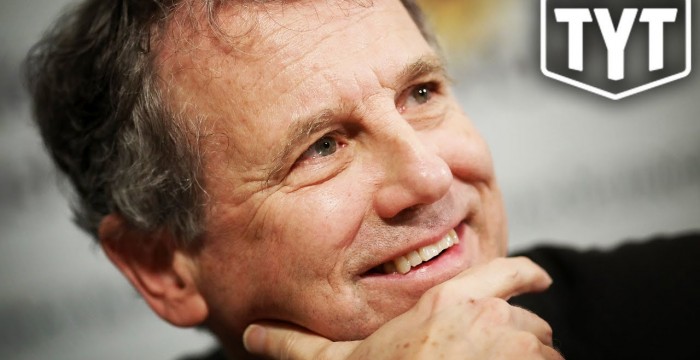 Sen. Sherrod Brown used right-wing tactics for refusing to support Medicare For All. Cenk Uygur, host of The Young Turks, breaks it down. More TYT:

"Sen. Sherrod Brown (D-Ohio) on Sunday called for expanding Medicare to people who are 50 years and older rather than pushing for 'Medicare for all,' a popular option for many potential Democratic 2020 nominees.

Brown, who is considering running for president and who has said Medicare for all isn't practical, said Sunday on CNN's 'State of the Union' that he wants to 'help people now.' His proposal would create a voluntary buy-in to Medicare for people who are 50 and older.

'I want to expand Medicare to 50,' he added. 'Now, if we get enough people, we will see a lot of people get in — in that plan, 58-year-olds and 62-year-olds that have lost their insurance, lost their jobs. We will see the success of that, and that will end up continuing to broaden and expand coverage for so many Americans.'"

46 thoughts on “Democrat Attacks Medicare For All Like A Republican”