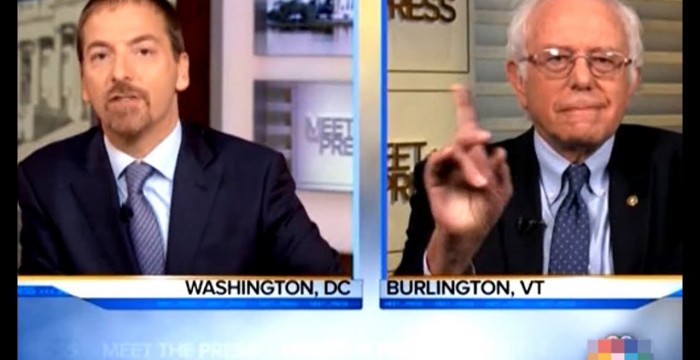 In this Majority Report clip, Chuck Todd thought he was really going to nail Bernie Sanders on this one…

"Chuck Todd continued either his devil's advocate impression or his snarky corporatist modal as he attempted to malign Bernie Sanders' push for single-payer Medicare for All. Todd seemed to be pushing the Right Wing false narrative to Medicare for all for which Bernie Sanders summarily schooled him on the reality of the program.

We have been discussing our health care system for decades. Journalists and politicians know just about everything there is to know about the healthcare industry. As such it is incumbent on journalists to ask the right questions and provide the correct narrative. In other words, they should not allow fallacies even to get a hearing.

Bernie Sander did a great job in answering Chuck Todd. He once again pointed out that the insurance administrative costs are 18+ percent (the reality is more) while it is around 2% for Medicare for all which would save north of $500 billion a year.

He then pointed out that negotiating prices down on prescription drugs would be another huge saving, something that Obamacare did not do as it had to make concessions to get the bill through. Bernie then pointed out how much employers and employees would save not having the arcane system we now have."*

Bernie Sanders Teaches Chuck Todd A Lesson On Medicare For All