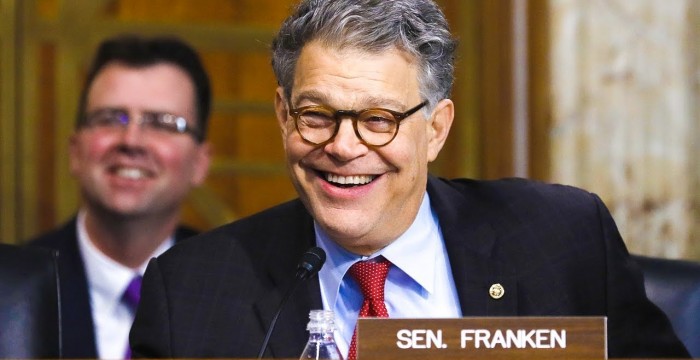 Bernie Sanders, backed by 15 Democratic officials, is presenting a ‘medicare for all’ healthcare plan that would essentially be the most comprehensive plan to ever exist. In this Majority Report clip, Sam Seder discusses Senator Al Franken’s decision to jump on board with this bill, and how popular this plan has become with many Dems who could be considered 2020 hopefuls.

In this Majority Report clip,

—Minnesota’s efforts to drive down premiums for coverage sold on the state health insurance exchange could come undone by the end of the month unless the federal government acts.

After seven years of partisan wrangling over Obamacare, U.S. senators worked Tuesday to hammer out a bipartisan fix they hope could stabilize state insurance exchanges before millions of Americans are hit with rate hikes. The CEO of MNsure, Minnesota’s exchange, told a Senate panel Tuesday that the state may have mere days left to avoid the kind of hikes that state lawmakers took expensive steps to avoid earlier this year.

Even as federal lawmakers consider short-term repairs to the Affordable Care Act, a growing number of Democrats including Sen. Al Franken are looking more long-term. The Minnesota Democrat announced Tuesday that he has signed on as a cosponsor of Vermont Sen. Bernie Sanders’ “Medicare for All” single-payer health care plan, calling health care “a right for all Americans.”

In the short term, Franken — a member of the Senate Health, Education, Labor and Pensions Committee that’s trying to address the most urgent problems — said the Senate needs to “pursue bipartisan policies that improve our current health care system for all Americans.”

Bernie Leads the Way: Franken Now On Board With Medicare for All

35 thoughts on “Bernie Leads the Way: Franken Now On Board With Medicare for All”