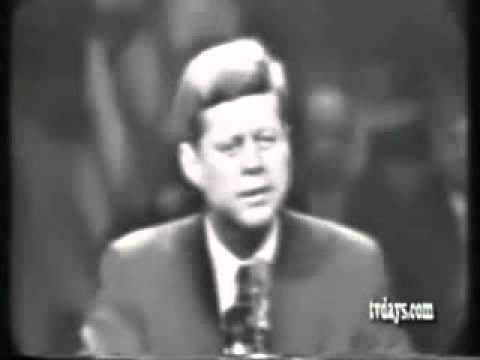 This video is a short clip from a speech given in 1962 by President Kennedy, at a huge public rally in support of his proposal, later known as Medicare, to provide health care insurance for the elderly, as part of the Social Security system. Here, the President explains the need for the Medicare program, and also defends it against false attacks by opponents. Medicare was not enacted into law until 1965, during the term of President Lyndon Johnson, approximately two years after the assassination of John F. Kennedy in 1963.. By the way: The arguments made by President Kennedy are also pretty good reasons why our country should have a program of universal health care, by expanding Medicare to cover all citizens of all ages.

No copyright infringement is intended. No ownership rights are implied. This video is posted under the "fair use" privileges authorized by the U.S. Copyright Act.