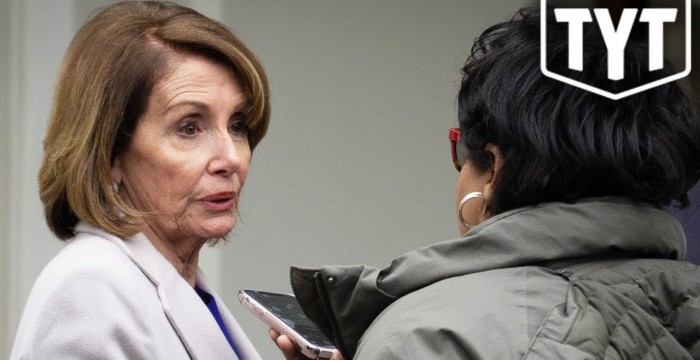 Nancy Pelosi has no intention of passing Medicare For All for the American people. Cenk Uygur and Ana Kasparian, hosts of The Young Turks, break it down. MORE TYT:

"Less than a month after Democrats — many of them running on “Medicare for All” — won back control of the House of Representatives in November, the top health policy aide to then-prospective House Speaker Nancy Pelosi met with Blue Cross Blue Shield executives and assured them that party leadership had strong reservations about single-payer health care and was more focused on lowering drug prices, according to sources familiar with the meeting.

Pelosi adviser Wendell Primus detailed five objections to Medicare for All and said that Democrats would be allies to the insurance industry in the fight against single-payer health care. Primus pitched the insurers on supporting Democrats on efforts to shrink drug prices, specifically by backing a number of measures that the pharmaceutical lobby is opposing.

Primus, in a slide presentation obtained by The Intercept, criticized single payer on the basis of cost (“Monies are needed for other priorities”), opposition (“Stakeholders are against; Creates winners and losers”), and “implementation challenges.” We have recreated the slides for source protection purposes."

30 thoughts on “Nancy Pelosi Caught Sabotaging Medicare For All”