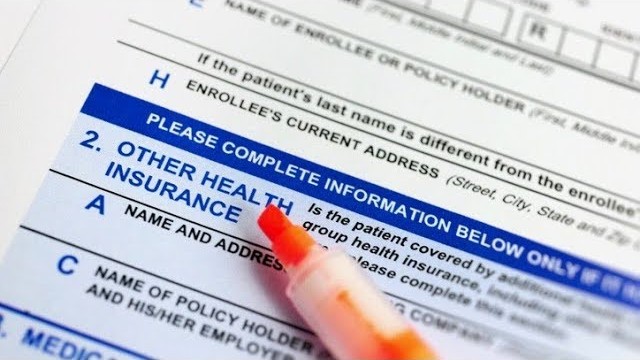 Health care is becoming a main point of contention as the U.S. gears up for the 2020 presidential election. Several Democratic presidential candidates, including Sens. Bernie Sanders (I-VT) and Kamala Harris (D-CA), have called for Medicare for all, while Republican politicians like Mitch McConnell are in favor of cutting health care spending.

Medicare, along with Medicaid and Social Security, are the largest expenses in the U.S. And according to eHealth CEO Scott Flanders, this is “all the more reason” why an idea like Medicare for all is “nearly irrational” to discuss.

“You’re already saying that it’s a challenge to fund what we’ve already committed to our seniors,” Flanders said on Yahoo Finance’s On the Move. “So, to layer on another 180 million people outside of the employer market into Medicare would just collapse the system.

Sanders bill ‘would actually outlaw all private insurance’
The Congressional Budget Office stated in a May 2019 report that a single-payer health care system transition “could be complicated, challenging, and potentially disruptive.”

In Sanders’ proposal, Americans would gain universal health care coverage, while employers would be prohibited from providing separate plans. However, it would also require at least $3 trillion a year in new government revenue, as Yahoo Finance previously reported, leading to higher corporate and individual taxes.

“The bill that’s been promulgated by Bernie Sanders would actually outlaw all private insurance,” Flanders said. “So, 180 million employer-insured individuals and families would lose the insurance they have now.

He added: “We think it’s highly unlikely that that’s a realistic prospect, but there will still always be a private insurance market for the treatments that aren’t covered by a government plan.”

Rising health care costs have become a major issue in the country. In fact, a recent Gallup poll indicated that 55% of the country worries “a great deal” about the affordability and accessibility of health care.

Part of America’s issue with health care involves prescription drug prices — in 2015, those accounted for 17% of all health care costs. Flanders, though, doesn’t want to place the blame there.

“It’s easy to attack the pharmaceutical industry,” he said. “But, it’s important to remember they only represent 10% of the total cost of health care, and the medications they create solve and cure a lot of diseases. So, I’m personally resistant, even though they’re an attractive whipping boy, to go after them.”

Pharmacy benefit management systems “have increased the cost savings by negotiating volume discounts,” Flanders said. “But, they also bring an additional layer of expense into the system. That’s the challenge with the ecosystem of health care today — it’s just so Byzantine and complicated [that] it’s hard to know where to go attack the costs.”

Still, despite his objections to Medicare for all, Flanders does recognize the significance of Medicare’s current standing, especially as it relates to senior citizens.

But, Flanders added, “these are commitments that we’ve made to seniors. Seniors have paid into Medicare their entire lives. It’s just not right to think about curtailing those benefits.”

'Medicare for all would collapse the system,' says health care CEO

6 thoughts on “‘Medicare for all would collapse the system,’ says health care CEO”