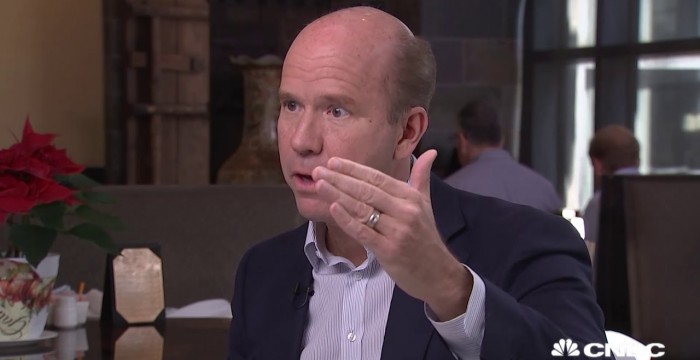 By eliminating the current tax deduction for employer-provided health care, Delaney would create a new government health care program for Americans under 65. As with Medicare, beneficiaries could supplement its benefits by purchasing additional coverage.

John Delaney leaves Congress in a few days, but not in defeat like so many of his colleagues. The wealthy former financial executive is leaving to ramp up his campaign for president. Yes, you read that correctly. The outgoing representative from Maryland’s Sixth House District seeks the 2020 Democratic presidential nomination.

Delaney has been the one and only declared Democratic candidate for the last 17 months. After just four years on Capitol Hill, Delaney launched his bid in July 2017 in hopes of overcoming his absence of any national base or profile whatsoever. It hasn’t worked yet; despite frequent visits, Delaney received his 1% support among Iowa Democrats in a recent Des Moines Register poll.

Yet Delaney offers the brains and savvy that took him from a blue-collar upbringing to becoming the youngest CEO on the New York Stock Exchange in 1995. Now 55, he also brings a checkbook that permits him to finance his campaign at least through the earliest 2020 contests. He brands himself a practical problem-solver, capable of bringing both parties together to deliver on progressive goals such as universal health care and reductions in the carbon emissions that cause climate change.

Delaney sat down with CNBC Editor-at-Large John Harwood in Chevy Chase, MD at Mei-Wah, an Asian restaurant near the offices of the finance firm for mid-sized businesses he ran before first running for Congress in 2012.

CNBC’s John Harwood sits down with political decision-makers in their favorite hangouts for relaxed, in-depth conversations revealing who they are and what drives them. For more, visit cnbc.com/speakeasy.