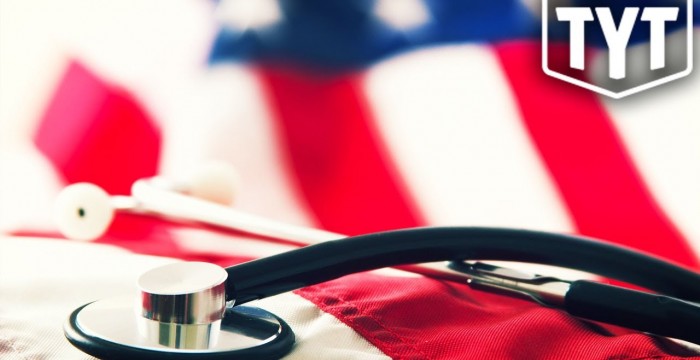 JOIN THE HOME OF PROGRESSIVES:

Democrats are going to do everything they can to stop Medicare For All. Cenk Uygur and Ana Kasparian, hosts of The Young Turks, break it down.

"Deep-pocketed hospital, insurance and other lobbies are plotting to crush progressives’ hopes of expanding the government's role in health care once they take control of the House. The private-sector interests, backed in some cases by key Obama administration and Hillary Clinton campaign alumni, are now focused on beating back another prospective health care overhaul, including plans that would allow people under 65 to buy into Medicare.

This sets up a potentially brutal battle between establishment Democrats who want to preserve Obamacare and a new wave of progressive House Democrats who ran on single-payer health care.

'We know the insurance companies and the pharma companies are all putting tens of millions of dollars into trying to defeat us," said Rep. Pramila Jayapal (D-Wash.), who co-chairs the Medicare for All Congressional Caucus. "Which I take as a badge of honor — that they’re so concerned about a good policy that they're going to put so much money into trying to defeat it.'"

Establishment Democrats Go After Medicare For All

47 thoughts on “Establishment Democrats Go After Medicare For All”