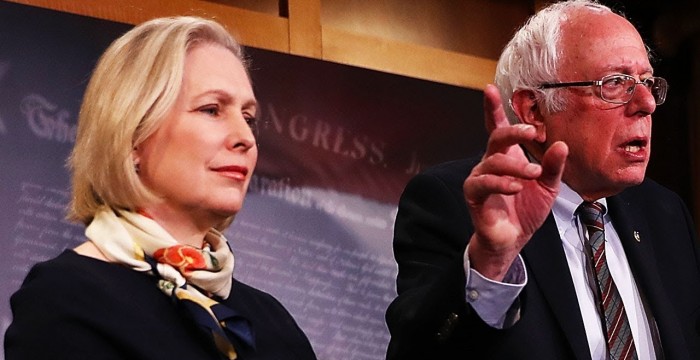 In this Majority Report clip, a listener writes in and asks Sam Seder about Sen. Kirsten Gillibrand and other centrist Democrats' support for "Medicare for All."

"The Bernie Sanders “Medicare for All” plan promises rapid, sweeping change to the American health care system, with the elimination of all private insurance and the creation of a costly new government insurance program that will cover everyone and nearly every medical service.

But deep in its back pages is a more modest fallback plan.

The bill, introduced this week, has attracted the endorsement of 15 Democratic senators, including several of the party’s most ambitious liberals. But many more Democrats this week said they’d like to pursue more limited steps to expand health insurance coverage and the government’s role in the system. It turns out that the Sanders bill also has provisions along those lines. Taken together, the bill encapsulates much of the coming Democratic debate about the direction of health care.

In the statements of the bill’s co-sponsors, one can detect an openness to less transformational approaches to health reform. “This bill is aspirational, and I’m hopeful that it can serve as a starting point for where we need to go as a country,” Senator Al Franken of Minnesota wrote in a Facebook post. He described the bill as a “marker” and “one way to achieve universal coverage.”

Centrist Dems Watering Down 'Medicare for All'

30 thoughts on “Centrist Dems Watering Down ‘Medicare for All’”