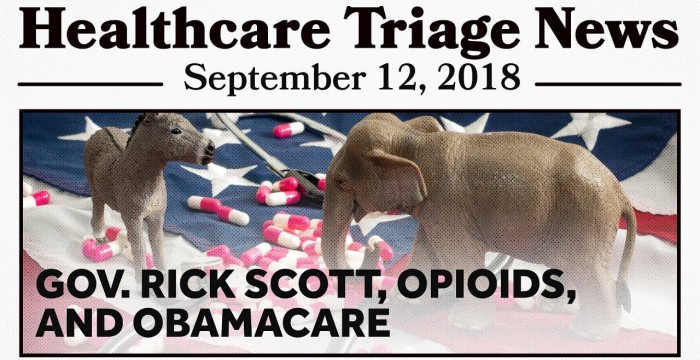 Florida Governor Rick Scott tries to scare voters by claiming that Democrats are going to undertake socialist experiments with Medicare, which is in itself a socialized medicine program. Also, a surprising entrant into the opioid addiction treatment market, and in a surprise twist, the ACA marketplaces are showing signs of stabilizing. It's Healthcare Triage news.

Aaron has a book out now! It’s called The Bad Food Bible: How and Why to Eat Sinfully. You can order a copy now!!!

1) You can support Healthcare Triage on Patreon: Every little bit helps make the show better!
2) Check out our Facebook page:
3) We still have merchandise available at

It Turns Out, Medicare IS Socialized Medicine.

24 thoughts on “It Turns Out, Medicare IS Socialized Medicine.”